Benefits of Hemp Paper vs. Tree Paper – A Look At Hemp For The Future

You are here: Home / Blog / Hemp Sustainability / Benefits of Hemp Paper vs. Tree Paper – A Look At Hemp For The F...

Benefits of Hemp Paper vs. Tree Paper – A Look At Hemp For The Future 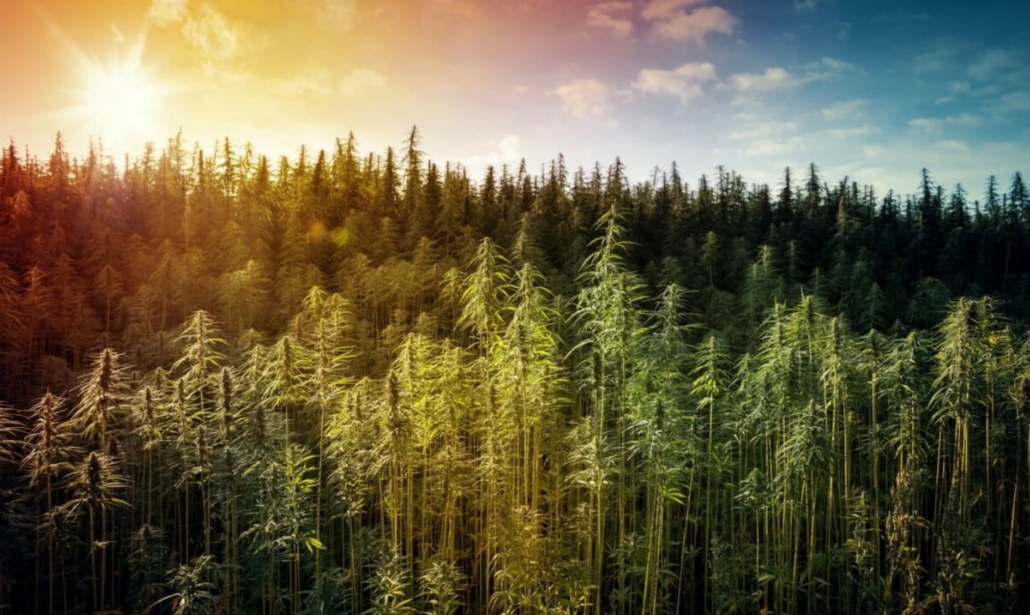 As a society, we have been heavily reliant on paper made from trees for a great number of years. Since the turn of the 20th century, tree paper has been readily used to create newspapers, books, pamphlets, posters, advertisements, magazines… the list goes on.

Unfortunately, one only needs to take a brief look at the massive deforestation projects that are going on across the world to recognize how dangerous the tree paper industry can be for the global environment. It would be beneficial, it seems, to have an alternative solution that we could implement in the place of hemp paper.

Fortunately, there is a viable alternative – and there has been for quite some time. That alternative is hemp paper.

In fact, hemp paper was used regularly before tree paper was popular. Hemp paper is more renewable, is easier to produce, and is generally more sustainable to both the environment and the economy. In this article, we’re going to talk about how hemp paper can be considered a viable alternative to tree paper.

Advantages of Hemp Compared to Trees

Before we even get into the benefits of hemp paper, it’s important to note that the simple act of growing hemp has a number of advantages compared to growing trees. Here are some benefits that we could expect if we were to replace some of the paper trees with hemp farms.

Planting trees to be used for paper requires a great investment of time. For any reasonable harvest to occur, trees need to be grown for about 20 years before they can be converted into paper.

Hemp, on the other hand, grows quite a bit quicker. The equivalent of 20 years’ worth of tree paper could be produced from just 5 years’ worth of hemp. While hemp plants are generally much smaller than trees, it only takes about 4 months for a hemp plant to come to maturity – compared to the 20-80 years that trees require.

One of the most common topics in political and environmental discussions these days is the global carbon footprint. The world’s industries are producing far more carbon than we can absorb, which is contributing to issues like global warming.

Many people criticize deforestation as one of the primary causes of carbon excess. They propose that the best way to offset the carbon footprint is to grow more trees. While this is certainly an effective measure, oftentimes these discussions neglect to mention another possibility: hemp.

Hemp is capable of absorbing significantly more carbon than trees are. In fact, hemp has been scientifically proven to absorb more carbon dioxide than any other type of forest or agricultural products. 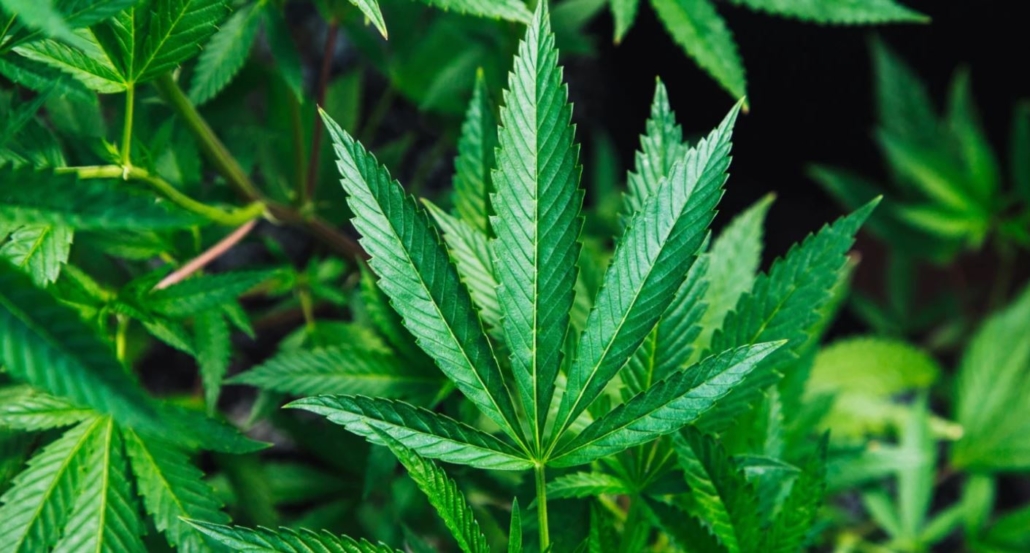 Pesticides and herbicides are chemicals that are used to prevent the growth and spread of pests on agricultural products. Unfortunately, these chemical products are often bad news for the soil that these plants grow in and for the customers that purchase these products. Pesticides and herbicides can damage soil and future crops, and can lead to health problems for consumers.

Fortunately, hemp produces natural pesticides that help to repel critters and pests. This means that large agricultural hemp crops can be grown without needing to rely on harsh chemical pesticides or herbicides.

Hemp paper is known to be quite resilient. Hemp fibers are quite strong, and they resist the browning or yellowing that is often seen with tree paper.

Not only is hemp paper resilient to aesthetic damage, it is actually more durable. Hemp is one of the toughest natural fibers that can be grown, and one of the reasons that it is ideal for making paper is because it can last for a long time.

Hemp Is More Productive Per Acre 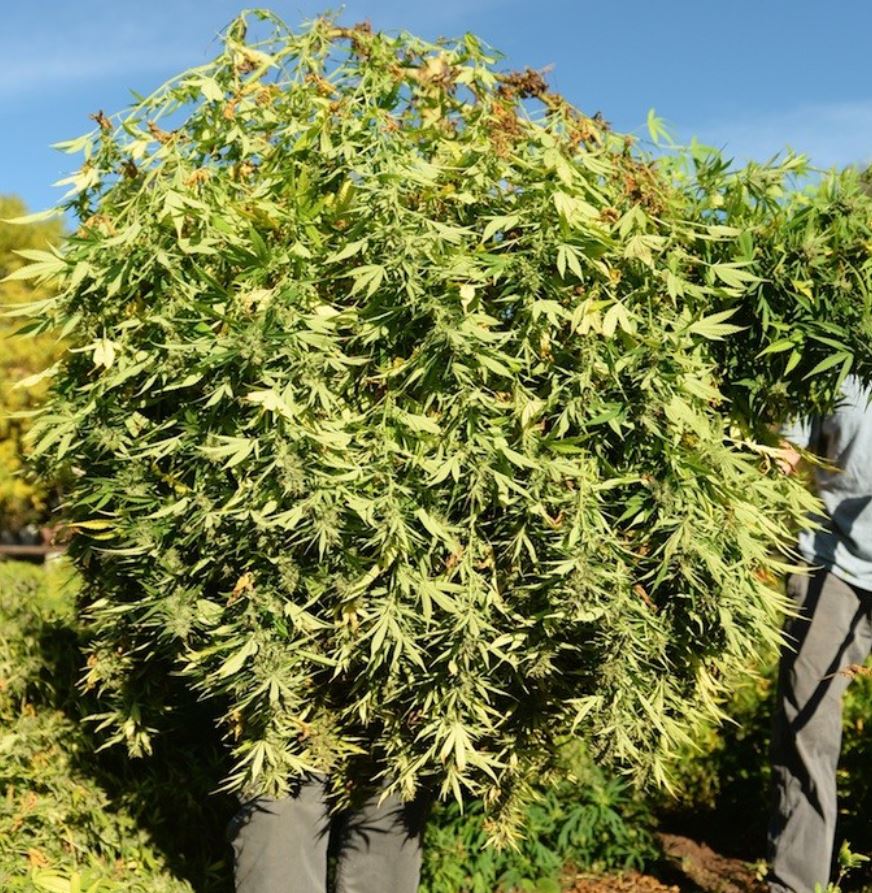 Studies done in the 1910’s in the United States by the USDA confirmed that 1 acre of Hemp would produce 4 times more paper than an acre of trees. Couple that with how rapidly hemp grows and you are onto a viable solution that can lead us into the future, whatever barriers need to be broken down in the meantime.

Hemp was widely used as paper before being subject to prohibition in order to satisfy corporate greed coupled with many other interests. One can only imagine that hemp would be used in a great deal more applications if it weren’t for this prohibition.

Pros and Cons of Tree Paper

While tree paper is often demonized, it’s true that there are some benefits that can result from the process of deforestation and using tree paper. If there weren’t any tangible benefits, people simply wouldn’t do it.

Here are some of the most common pros and cons of using tree paper.

Products Made from Hemp Paper 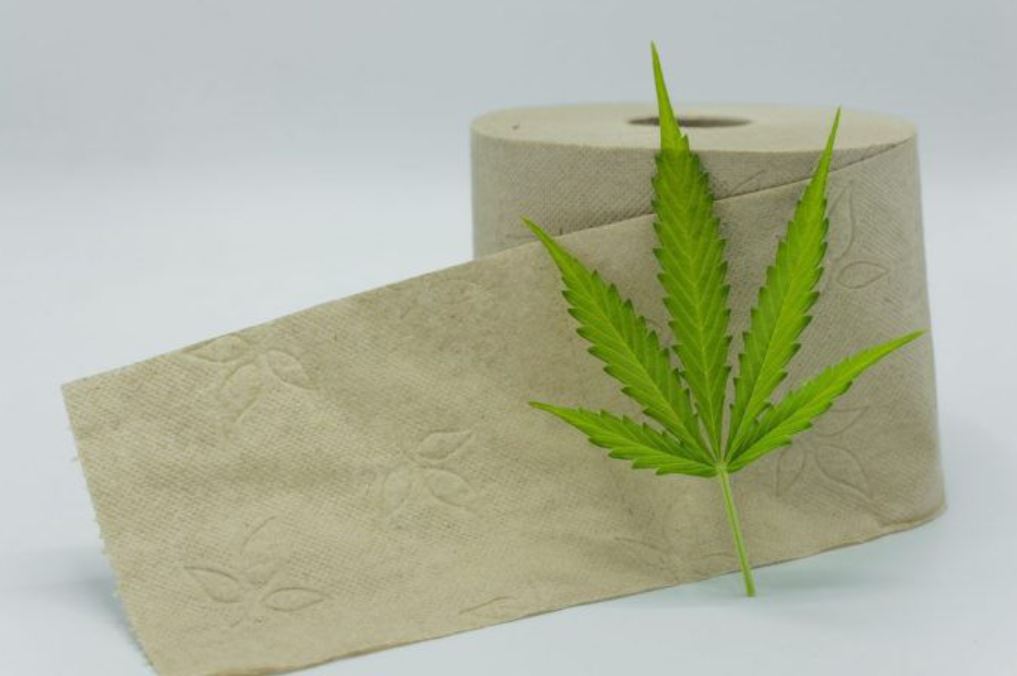 These are just a few of the many things that hemp can be used to make.

History of Hemp and Hemp Paper

Hemp has a rich and interesting history – far richer than we can cover in this article. However, there are some interesting facts regarding the history of hemp that are significant enough to include here.

Hemp Use in Ancient China 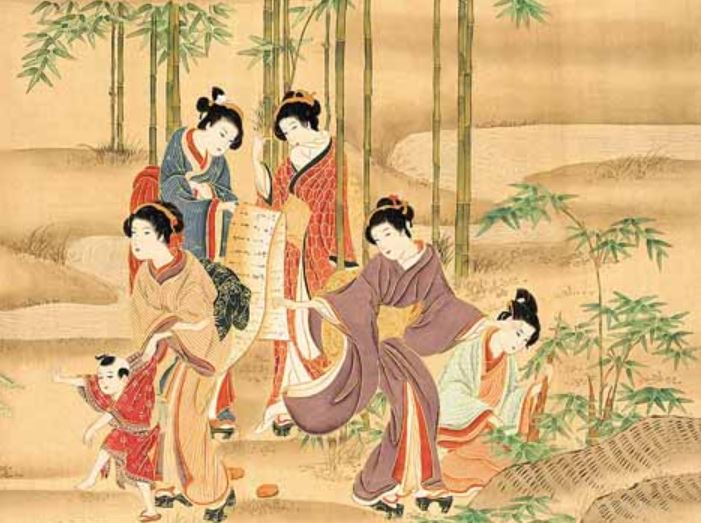 When we say that hemp has been used agriculturally and industrially for a long time, we mean a long time. Some of the earliest recorded use of hemp dates back to ancient China, where the crop was grown as a material to be used in building, as well as for producing commercial materials.

Hemp as one of the most popular agricultural plants in ancient China because the fiber has so many diverse uses. It was also one of the first plants that the Chinese were known to cultivate. The Chinese are largely responsible for domesticating the hemp plant, turning it from a wild and hard-to-cultivate plant into the form of hemp that we know today.

Hemp in the Early USA 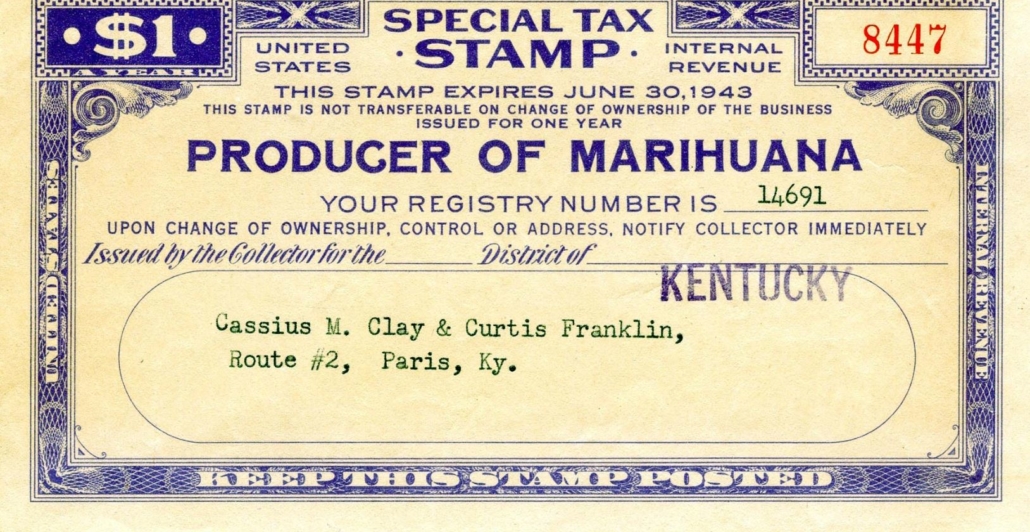 Hemp has been used for a few hundred years in early America, as well. Hemp was the most popular and widely used agricultural plant up until the first half of the 20th century.

You may have heard that the Declaration of Independence was first drafted on hemp paper. This it’s a great testament to the popularity of hemp throughout the years of the Americas.

As marijuana became an increasing problem in the United States and federal efforts came underway to restrict the growth and sale of cannabis, hemp was also prohibited.

Hemp is technically a strain of the cannabis genus, and since government officials made no distinction between the different types of cannabis, all forms of the plant – including hemp – were made illegal in the 1920s. 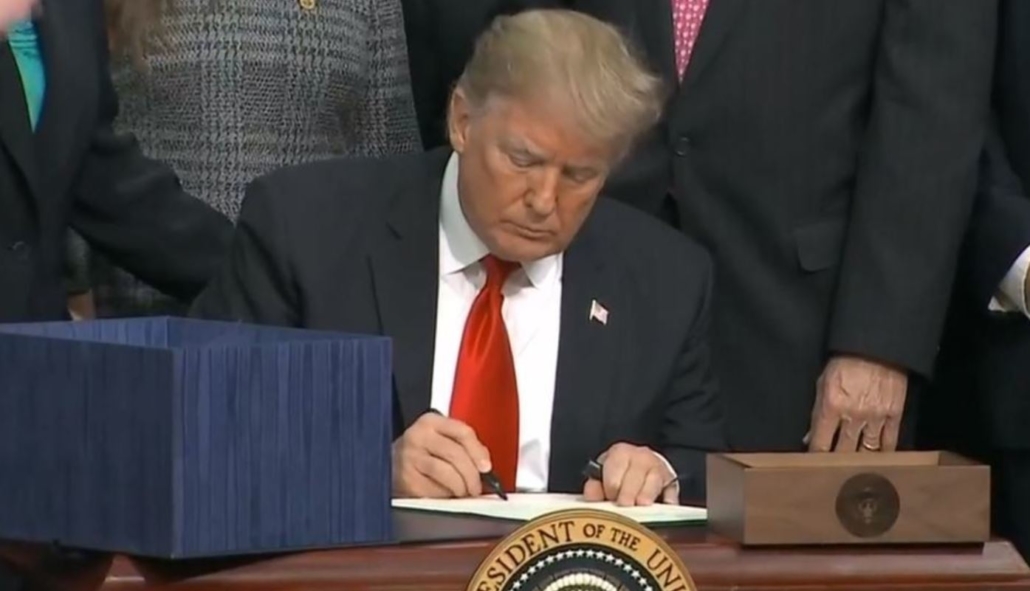 Just because hemp was made illegal did not mean that America’s interest in the plant waned. Hemp was still widely respected as a valuable agricultural and commercial plant, and many people oppose the ban on growing industrial hemp.

In 2018, the Farm Bill was introduced which allowed for the production of agricultural hemp. As long as the plants produced contain less than 0.3% THC, they can be grown and used for commercial and agricultural purposes.

How is hemp paper made?

The process by which hemp paper is made is pretty much the same process that is used to create tree paper.

The hemp fibers are reduced to tiny fibers by boiling, beating, or shredding them. These fibers are then boiled into a pulp, similar to the pulp which is made to create tree paper. The pulp is then separated into sheet-shaped sections, pressed, and allowed to dry into paper.

The production and growth of hemp is generally much, much cheaper than the growth of trees. However, hemp paper that is currently made for consumers may presently be more expensive than tree paper.

This is because hemp paper currently appeals only to a smaller audience – those who are concerned about the environment. Companies and businesses tend to charge higher amounts for environmentally-friendly products even if they are cheaper to produce because they know that environmentalists are willing to go the extra mile.

As the hemp industry undoubtedly grows, hemp paper will benefit from economies of scale and improved technology.

Yes, hemp paper biodegrades just as well as tree-based paper and potentially better because it is likely to be less bleached. 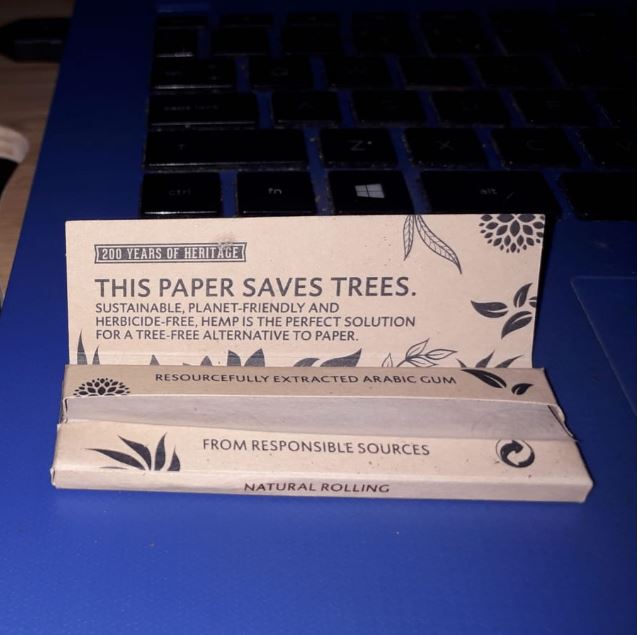 How long does hemp paper last?

Hemp paper generally lasts a bit longer than tree paper. It takes a bit more time before hemp paper starts to show signs of aging – such as browning or yellowing – when compared to tree paper.

Tree paper has been the go-to form of paper for more than a century now, but that doesn’t mean that it will be the default for the future. There are a number of reasons that tree paper can be considered unhealthy for the global environment: it contributes to deforestation, raising overall CO2 levels, and isn’t very sustainable.

Hemp paper and agricultural hemp production, on the other hand, provide a number of benefits that tree paper production does not. Hemp paper can help to accelerate CO2 absorption and can be considered a much more sustainable and renewable resource than tree paper.

How Does Hempcrete Perform In A Cold Climate? A Look At Thermal Mass And In...

The Benefits Of Hemp Rolling Papers – Are They Better Than Tree Rolling...
Scroll to top