CBD For Lyme Disease – Can It Help With The Suffering?

You are here: Home / Blog / CBD For / CBD For Lyme Disease – Can It Help With The Suffering?

Lyme is a crippling disease. 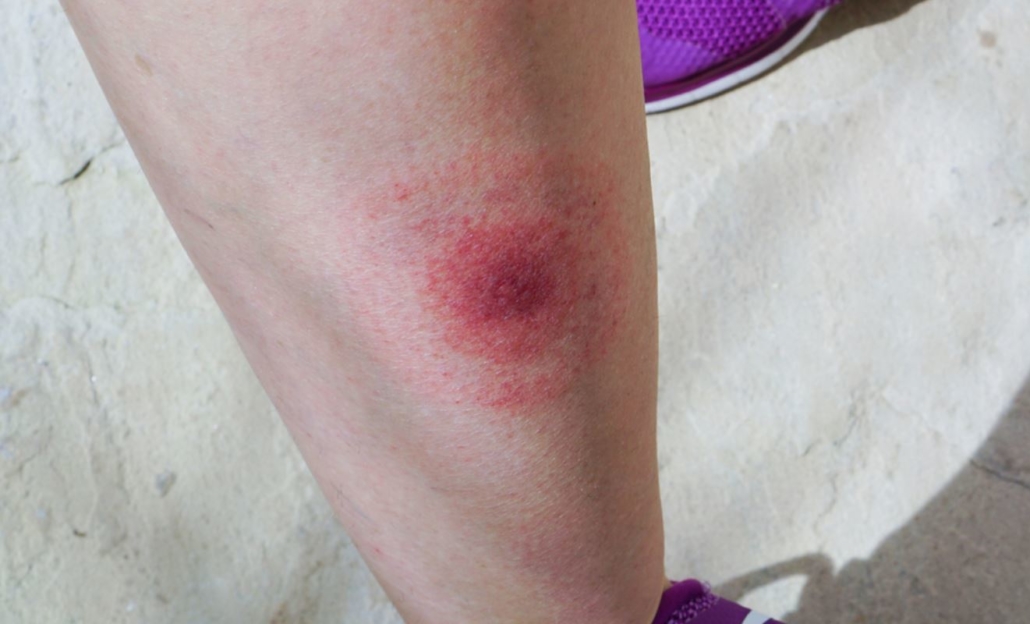 Worse yet, diagnosis is difficult, and even the best current treatment is unreliable. Lyme is basically an infectious disease that behaves like a bacterial one — and it’s been confounding western medicine since its discovery.

Lyme is growing, too. Each year approximately 30,000 new cases are reported to the CDC, and this doesn’t even include the many people that remain undiagnosed.

Lyme is often caused by deer tick bites, though its symptoms may not show up until days or weeks post-bite. At that point, however, the infection has already set in.

Lyme: the disease of endless symptoms

Because Lyme disease can impact virtually the entire nervous system, its symptoms can be unpredictable and diverse.

They include neurological problems and brain fog; they also include anxiety, depression, and hopelessness.

Purely physical symptoms are just as bad. Many people with Lyme have little-to-no energy and live with debilitating aches and pains.

But there’s some good news: CBD is giving many sufferers relief. If nothing else, CBD can make Lyme disease more bearable!

CBD may also protect the brain against Lyme’s spread. It’s a near-miraculous neuroprotectant, after all! CBD may even be able to help the recovering body remyelinate damaged nerves. Indeed, many of the plant compound’s anti-Lyme properties stem from its engagement of the central nervous system.

Can Lyme be cured?

Unfortunately, there isn’t a clear answer to this. If the disease is caught earlier enough, antibiotics like doxycycline are highly effective. Keywords being “early enough”.

If left undiagnosed and untreated, later rounds of antibiotics may not be as effective – and may even be counterproductive.

It’s too early to say with certainty, and we can’t make medical claims…but CBD does appear to help. Primarily because its a neuroprotectant, as we stated earlier…but though there are also other beneficial mechanisms.

Over the long-term, Lyme disease may progress. It’s not uncommon for sufferers to become bedridden or forced into wheelchairs as they lose muscle tone and neuromuscular control.

Admittedly, the prognosis is dim. And Lyme doesn’t just tend to go away on its own.

Even cannabis industry giants like Dr. Stuart Titus has experienced how CBD might help with Lyme. He describes his story to Cashinbis:

“ I contracted a terrible illness playing golf called Lyme disease, a very crippling neurological disorder. In less than a week, I was practically at a state of complete physical shutdown and was nearly wheelchair bound…”

“ This went along for quite awhile and I tried everything conceivably possible (…) nothing seemed to work until I came to try CBD-based products with which I had great success. So, with hemp-based CBD oil, I had a significant improvement and made it to recovery despite my age.”

CBD For Lyme: a multifaceted approach

Lyme is a multifaceted disease, likely able to deplete the endocannabinoid system and throw off the body’s overall balance.

Lyme is likely no different, so those impacted by it should consider high CBD dosing around 1mg/kg of body weight or more. In other words, if you weigh 150 pounds, it might take 70 or more milligrams of CBD to experience relief!

While there are lots of unknowns surrounding Lyme, we do know that most patients with the disease are left chronically inflamed.

And we also know that CBD is one of the most powerful anti-inflammatories known to nature — more powerful than aspirin or NSAIDS! Indeed, even the US government acknowledges that.

With reduced inflammation comes less pain, less swelling, and better mobility. Those are just the things needed to give Lyme patient s their best chance at recovery.

What are the best  CBD brands for Lyme Disease?

It’s important to realize that not all CBD is created equal. Some brands use cheap, inferior CBD isolates to make their products, but the most effective option is full spectrum CBD.

A few brands that put their customers above profit margins by making full spectrum CBD include Joy Organics, Pure CBD, and NuLeaf Naturals.

Thanks to companies like this it’s easy to find the ideal CBD product for you. If you have Lyme disease, consider selecting a highly concentrated option, like Joy Organics’s 1,500 milligram CBD oil, in order to get your dose high enough.

But one brand, in‌ ‌particular, stands out above the rest. That brand is called Lola Hemp, and they make premium CBD oil specifically for your pet!

As if that weren’t enough, Lola is charitable. They provide customers extensive free education and donate a bottle of CBD for every four bottles sold!

Overall, Lyme disease is a challenge to every aspect of one’s health. Why not combat it with a holistic approach that makes room for CBD to work? Used in conjunction with medical care, cannabidiol could give those with Lyme their best shot at recovery.

CBD For Nausea – Can It Help With Suffering

Does CBD Need A Carrier Oil – What’s The Best One?
Scroll to top