Hemp Plastic Benefits & Uses – Is It Viable For The Future?

You are here: Home / Blog / Hemp Sustainability / Hemp Plastic Benefits & Uses – Is It Viable For The Future? 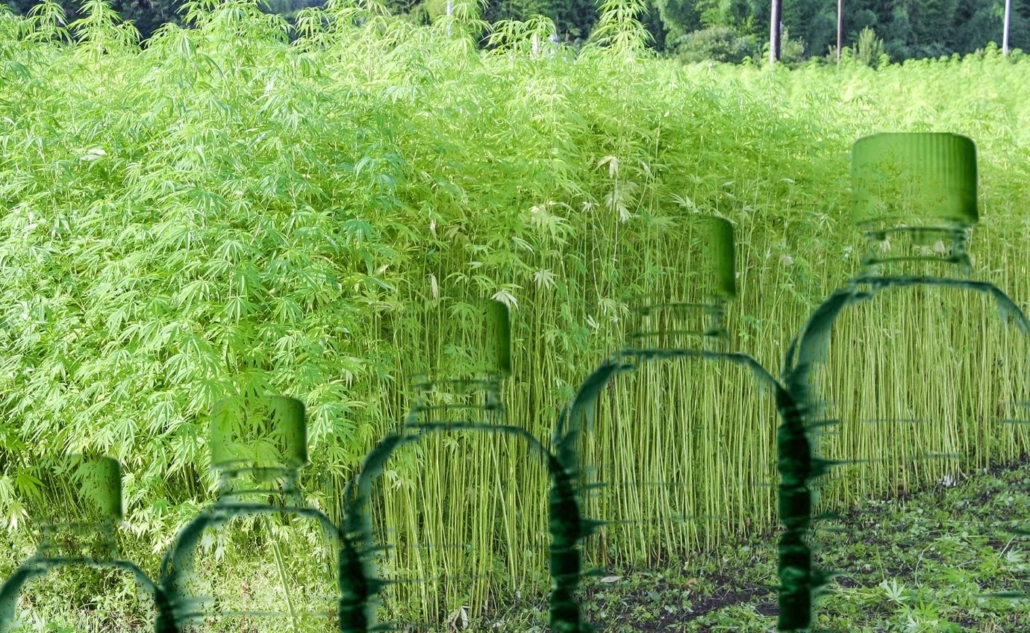 Hemp has been used as a building and industrial material for thousands of years throughout the world, but over the last century or so, hemp has become less widely-used in America. This is largely due to its prohibition thanks to its close association with marijuana.

With the Farm Bill of 2018 being passed, though, people are now able to grow hemp for agricultural, commercial, and industrial purposes. This has led to a huge resurgence in the amount of hemp-based products available in the United States and around the globe.

One of the most promising and versatile hemp products that you can use is hemp plastic. Hemp plastic can be used to replace conventional plastics, which are not biodegradable and are known for causing huge problems in landfills, oceans, and throughout the world.

In this article we’ll talk about whether or not hemp plastic is a viable option for the future and we’ll discuss the process of making hemp plastics, the benefits and drawbacks of hemp plastics, and some products that are already being made with hemp plastic.

What Are The Advantages Of Hemp Plastic Over Traditional Plastic 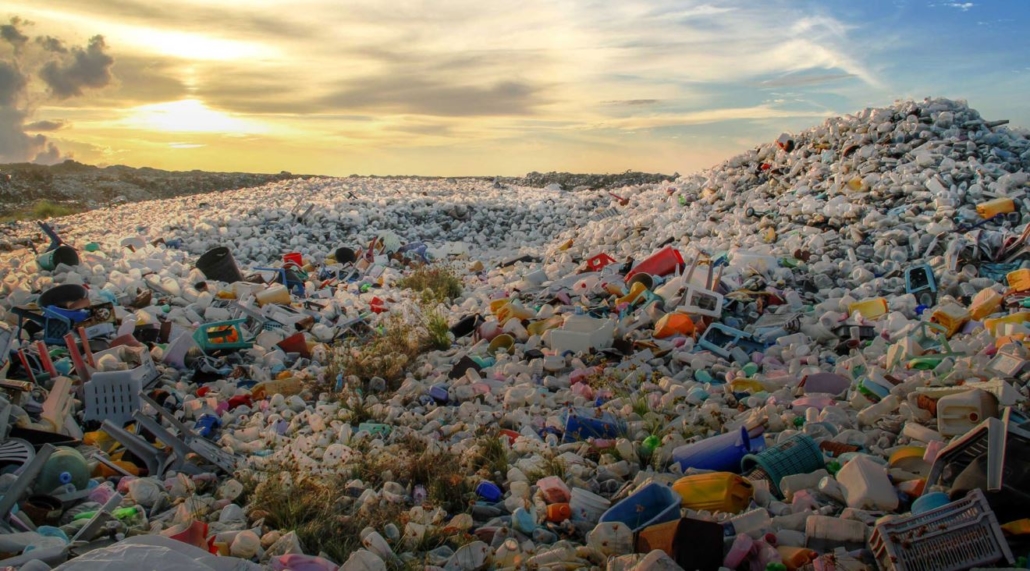 It’s more than obvious that the over-consumption and production of plastic is having a pretty serious, drastic effect on the health of the environment all around the globe. Plastic products are washing up on the shores of beaches all over the world, and millions of pounds of plastic are being sold every day only to end up cast back into the environment.

Hemp plastic can be used to manufacture pretty much everything else that is made from plastic because it’s injectable. Injection molding is when manufacturers melt down a raw material, such as plastic, and fill a mold with it. When the material cools down, it hardens into the shape of the mold. This allows people to make relatively complicated pieces and parts out hemp plastic.

Because of the manufacturing process of hemp, this makes it much easier to manufacture plastic products by using hemp instead of relying on the more complicated and wasteful process of using traditional plastic.

It’s Easier to Recycle, and Biodegradable

If the hemp plastic is manufactured with a biodegradable polymer, then the end result will be a product that can be degraded back into natural materials. This is much more beneficial for the environment than simply being recyclable, since recycling itself takes a fair amount of resources to do properly.

That’s not to say that hemp plastic can’t be recycled though – it’s just as recyclable as plastic products. However, if we were to focus on creating biodegradable ‘landfills’ where hemp products could disintegrate back into organic parts, we could start a new cycle of environmental production.

Traditional plastics have their fibers arranged in a fairly linear fashion, making them rather brittle and easily breakable. Hemp has more variety in the direction of their fibers, meaning that it will be much stronger and more flexible than typical plastic products.

There are a number of reasons that the hemp industry can improve the environment and provide more improvement over the current plastic and fossil fuel industry. Not only does hemp production reduce the world’s carbon footprint, it can help to combat it.

Hemp grows quickly – about 12-14 weeks to reach full maturity – and during this time, hemp absorbs a tremendous amount of carbon. Fully grown hemp plants absorb about 4x more carbon than trees do – all while requiring somewhere between 20-45% less energy than traditionally cultivated products that rely on fossil fuels.

How Traditional Plastics Are Destroying The Landscape and Environment 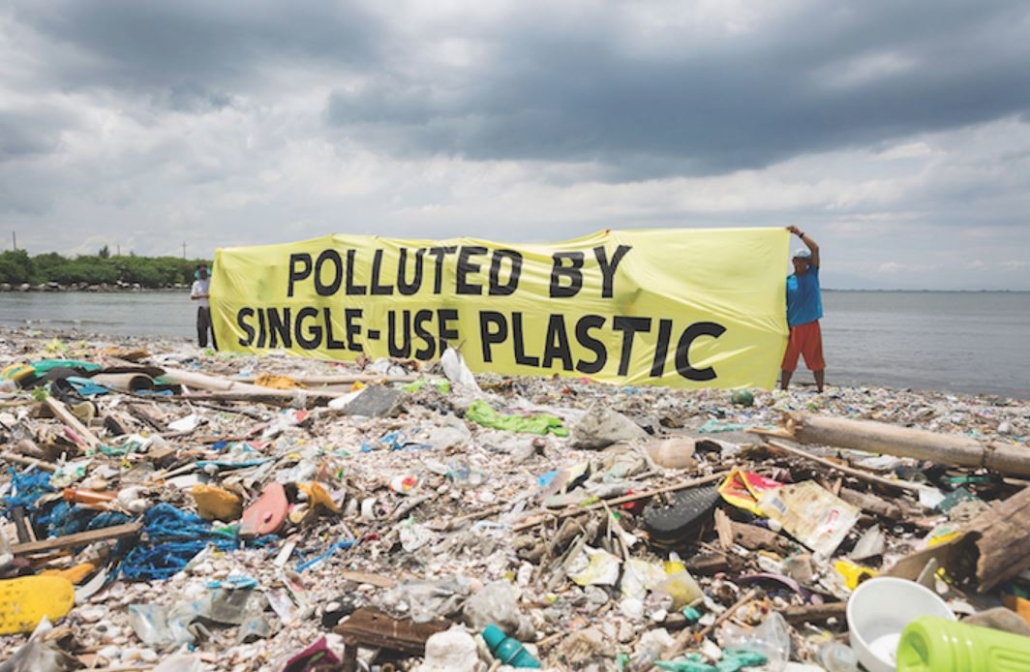 When plastic breaks down, it does so into smaller and smaller inorganic particles. These particles then attract toxins. Since the particles are so small, they can mix into plant life, dirt, and water, where they will then be consumed by animals.This can contaminate the entire food chain!

Here are some examples of how plastics are destroying the planet.

What Are Plant Bioplastics?

Plant bioplastics, or simply bioplastics, are plastics that are made from renewable, plant-based resources. They are not always fully biodegradable, but they are certainly more biodegradable than regular plastics. They are less toxic, produced in more sustainable methods, and can provide improvement for the environment.

Bioplastics can generally be used for the same sort of things that regular plastic can be used for. They are particularly appealing because they can be used to make single-use plastics, like cutlery, straws, bags, and bottles.

While the safer and more sustainable alternative is obviously to avoid single-use plastics entirely, bioplastics provide a unique alternative and can help encourage consumers to move towards the direction of being waste-free.

Why does hemp make such good plastic? 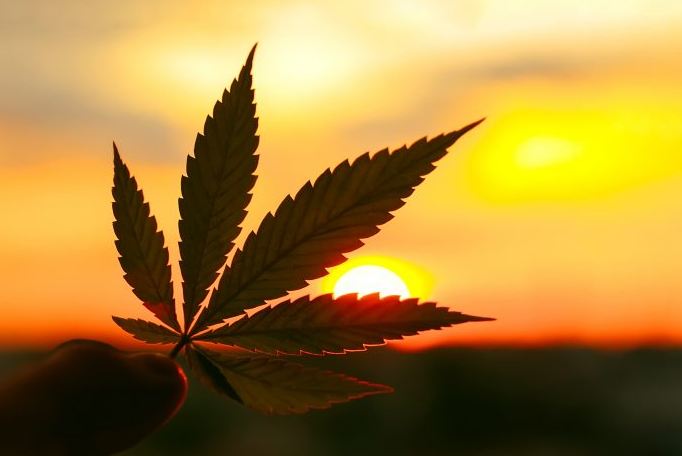 There are quite a few reasons that hemp makes a fantastic bioplastic.

First off, it’s affordable. The whole production process of hemp is quite a bit cheaper than that of producing petroleum to use plastic. Not only that, but hemp is more easily recyclable, and much more renewable than the materials used to make regular plastic.

All of these factors combine to produce a plastic that is much cheaper and easier to make than regular plastic – especially when considered over the long-term.

Traditional plastic is made from toxic, inorganic materials that are unhealthy for the environment. Hemp, on the other hand, is much less toxic and can provide a less dangerous alternative to plastic.

Hemp plastics are made using the fibers found in the stalk of the hemp plant. These stalks are very rich in cellulose, which is an important building material. The large amount of cellulose found in hemp stalks makes the end product very flexible and more resistant to heat.

Hemp is a very quick-growing plant. In fact, the entire process of growing hemp only takes about 3-4 months. This means that, starting from a seed, you can harvest a hemp plant in about a quarter of a year. This is one of the reasons that cannabis plants are referred to as ‘weed’: because they grow so fast.

As mentioned above, hemp absorbs huge amounts of carbon. Hemp absorbs more carbon per square foot than trees do. If we really want to offset our carbon footprint, we should start growing hemp plantations.

Hemp is naturally pest-resistant. Its leaves produce a compound that helps to deter bugs and pests, meaning that you can grow hemp without needing to rely on harsh chemical pesticides which can be dangerous for the environment.

What Are The Uses Of Hemp Plastic? 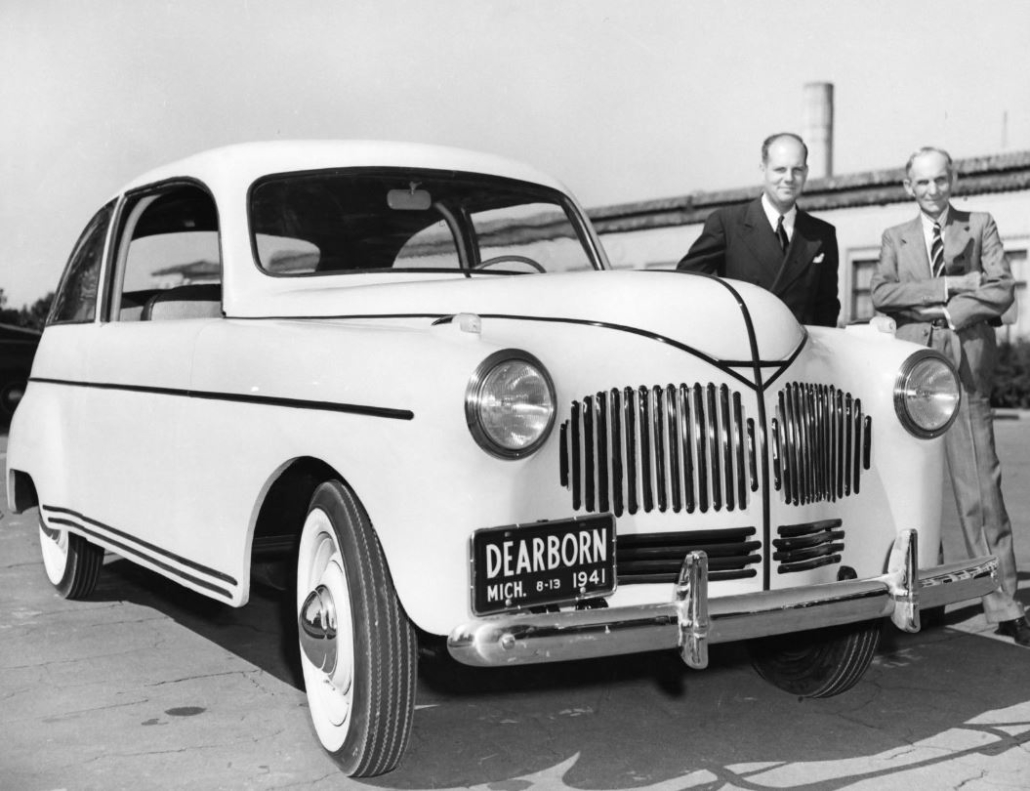 The Model T is one of the best examples of what hemp can be used for. Almost a century ago, Henry Ford designed and built a car that was made out of hemp plastic and that ran on hemp fuel.

The car is considered the world’s first carbon-negative car. It’s stronger and steel but lighter than fiberglass, and can be operated by using recycled hemp. While the car wasn’t entirely made out of hemp, it certainly provides an astounding example of what hemp plastics can provide.

It might sound ridiculous at first, but there are planes being designed to be built out of hemp that can run on hemp fuel. The first hemp plane to be designed will be able to hold 4 passengers, and will run on HEMPEARTH Hemp Jet-A Biofuel.

It is said that, while the whole plane not be made entirely from hemp, every part of it will contain at least a little bit of hemp. 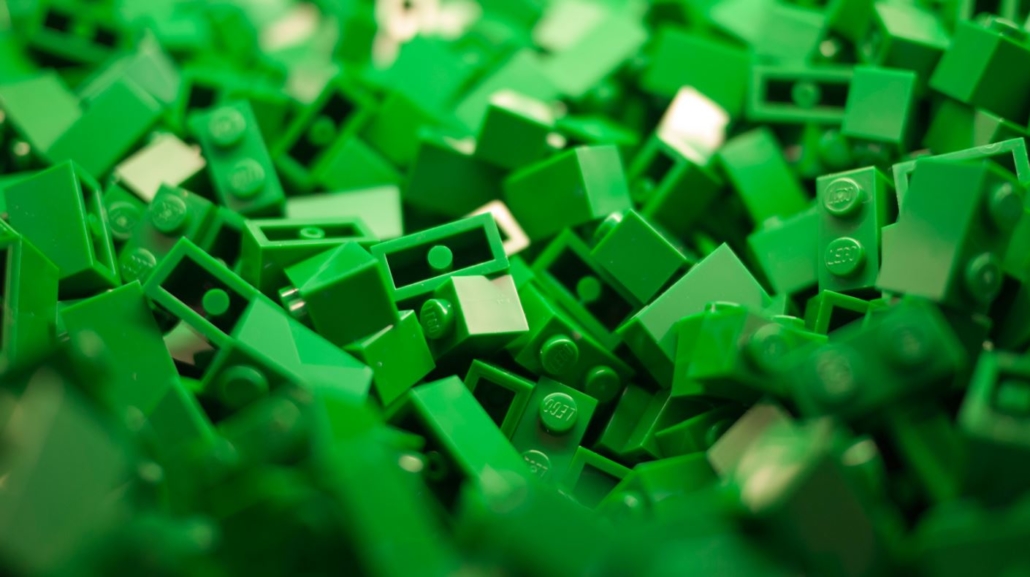 By 2030, Lego is hoping to move to a renewed and more sustainable production method. They are considering using hemp bioplastic as an alternative to help reduce environmental impact.

Single use straws are the bane of the environment. They pollute oceans, beaches, and forests – and everyone keeps using them. Billions of them are used every day!

Making single-use straws out of hemp plastic is a promising alternative – at least until the day that people can actually remember to buy and use reusable straws. Hemp straws can be recycled easier and can biodegrade more easily. 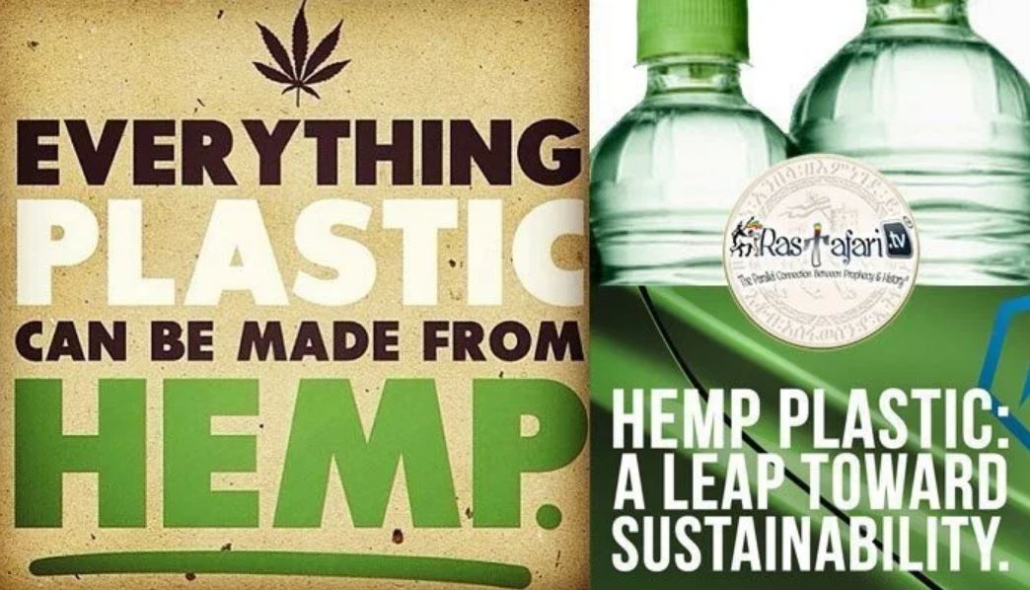 Cups and bottles are just about as bad as reusable straws. Millions of plastic water bottles are thrown away every day, and plastic cups (like the ones that most people get their Starbucks coffee in) end up in the landfill more often than not.

What Does The Future Of Hemp Plastic Look Like

The more and more that we learn about hemp plastic, the more people seem to be tuning in to the idea that it’s a perfectly viable and sustainable alternative to traditional plastics.

When we look back on the fact that Henry Ford, one of the most brilliant entrepreneurs who ever lived, developed a hemp-based car, we can recognize the vast and powerful potential of this plant.

Companies like Lego are hoping to move towards hemp-based alternatives to help reduce their carbon footprint, and even hemp airplanes are being designed that can be run on hemp fuel.

It seems like the future is going to be good for hemp products. Now that the Farm Bill of 2018 has allowed the growing of agricultural hemp in the United States, there’s no telling how many companies are going to jump on.

If we continue to innovate, we could see hemp replacing all single-use plastics. We could see hemp plantations offsetting the carbon footprint caused by the plastics industry, and we could even see our vehicles start running on hemp fuel.  #

There are a couple drawbacks of hemp plastics.

Hemp plastic is a very promising alternative to regular plastic. It’s more sustainable, easier to produce, and can be used in just about as many ways as traditional plastics can. Hopefully, this article has helped you to understand the vast potential that hemp plastic can offer the modern world.