Hemp vs Cotton History – The Past, Present & Future

You are here: Home / Blog / Hemp History / Hemp vs Cotton History – The Past, Present & Future

Hemp vs Cotton History – The Past, Present & Future 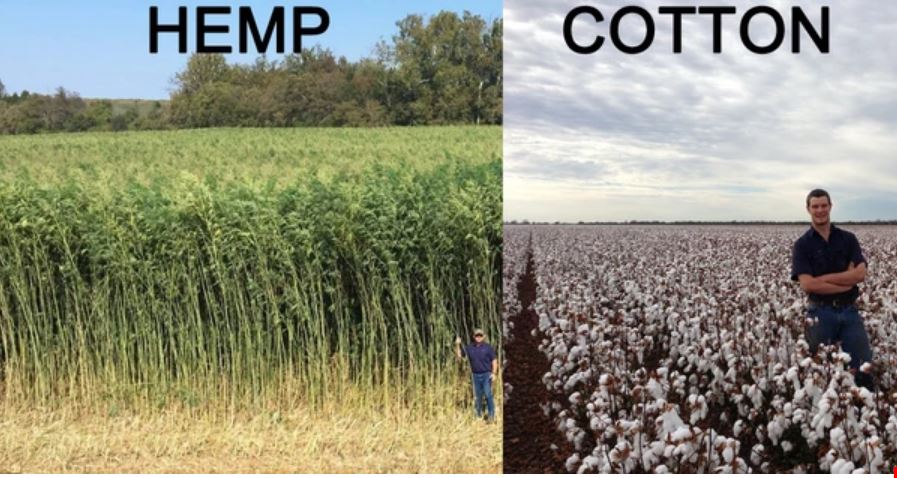 Hemp Was Used 10,000 years ago by the Ancient Chinese who used hemp for clothing, paper, food and medicine. Hemp was also found in ancient Egypt where it is believed that hemp rope may have been used to help construct the pyramids.

The ancient Chinese were the first to make hemp paper, blending hemp with mulberry to do so. The Arabs stole Chinas closely guarded hemp paper making secrets during a war in around 100 AD and hemp spread west through the middle east and Russia making its way into Europe, where it would go on to be used intensively.

Hemp was so tough and durable for sail cloth, lining and rope that whatever navy used it would dominate the seas for 100s of years. When Columbus made the first journey across the Atlantic, all three of his ships used hemp intensively, even to fill the gaps between the wooden hull.

Hemp would go onto cloth and help feed early America. The founding fathers of the United States all grew hemp for various purposes like textiles, but mainly as a cash crop. Hemp could be used to pay taxes right up until Prohibition in 1937.

England’s navy depended heavily on Hemp imports from Russia and when this stopped, they offered handsome bounties to American farmers to grow hemp. 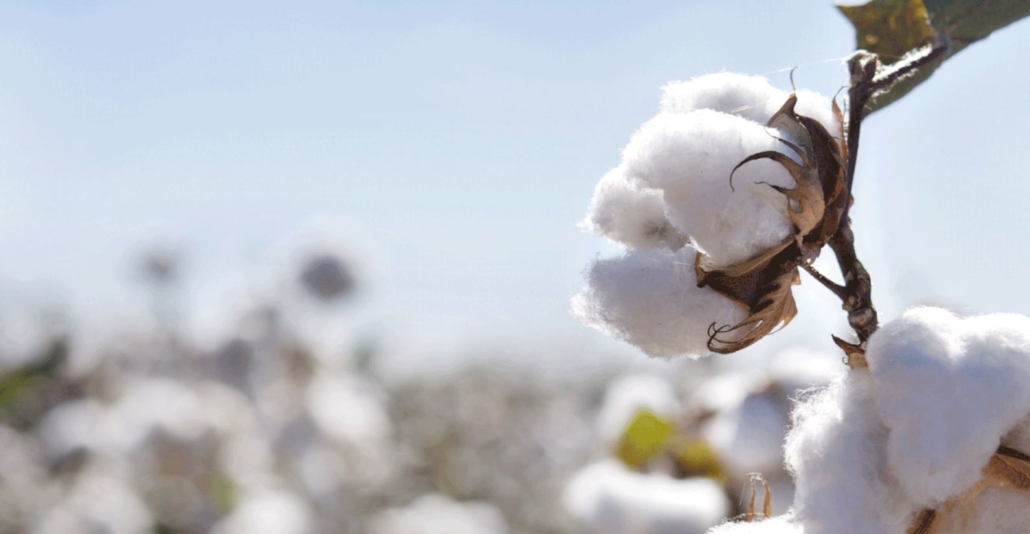 Cotton has also been used throughout history, seemingly all over the world. We can date cotton being cultivated by humans back about 7,000 years from samples found in caves in Mexico.

Arab Merchants brought Cotton to the UK in around 800 AD and when Columbus arrived in the Americas in 1492, Cotton was growing abundantly in the Bahamas.

The invention of the Cotton gin launched cotton into the largest produced crop in the world. The cotton (En)gin(e) allowed the British to process cotton 10 times faster than by hand and the increased production fuelled to textile industry and effectively ushered in the modern day world of technical advancement.

Hemp and Cotton are both versatile plants that have many uses. Hemp and Cotton sometimes compete to be used as the desired material although they each have their own strengths and weakness and can also be blended together and used as one in clothing or textiles.

Let’s take a look at how the plants stack up and compare against each other: 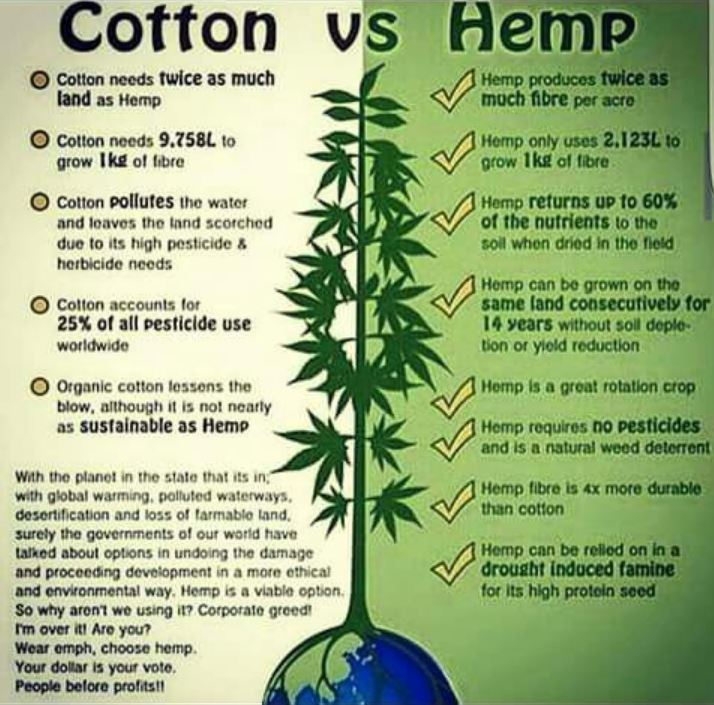 Hemp vs Cotton For The Environment

When it comes to environmental issues, hemp is the clear winner for a number of reasons.

Hemp Uses 1/5th the amount of water as cotton.

When it comes to water usage, hemp is the clear winner using only 1 litre to grow compared with 5 litres for the same acreage as cotton.

Hemp Cleans The Soil While Cotton Pollutes it

Hemp actively removes toxins from the soil very successfully and it never depletes the land. Hemp is so good a phytoremediation that it has been used successfully to remove radiation from Chernobyl.

The THC in hemp is also a great natural pesticide meaning no toxic pesticides need to be used and it also requires very little fertilizer to grow which can pollute the soil.

Cotton on the other needs a ton of pesticides and fertilizers to grow which damage and pollute the land.

Hemp Grows Faster and Is Much More Productive

Hemp is three times as productive as cotton producing 1.5 tonnes of fibre for every .5 tonnes of cotton given the same acreage. 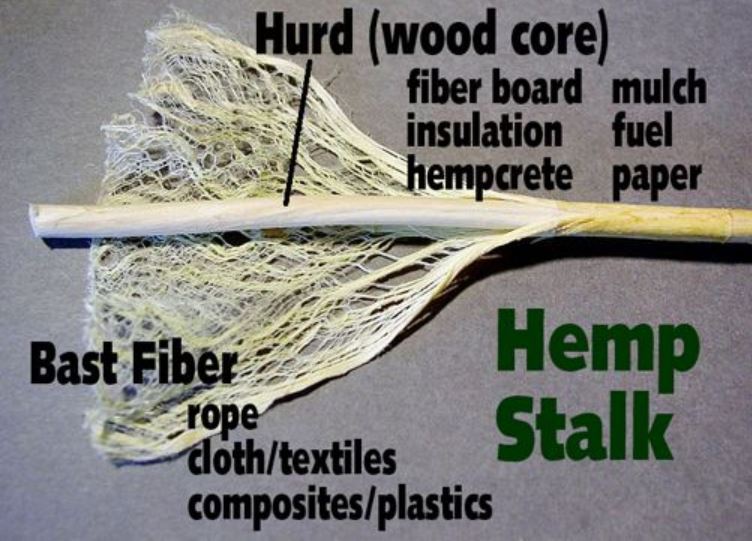 Hemp will Grow Fully In 4-12 Weeks while it will take Cotton much longer to complete its growth cycle. Hemp actually improves the soil and it can grow forever on the same spot while cotton drains the soil and needs tons of pesticides and fertilizers.

Hemp Removes Carbon From The Air More Successfully Than Cotton

Hemp removes a ton of carbon from the air and this carbon binds with the stalk of the plant ensuring that it has been sequestered for ever.

So When it comes to the environment, Hemp is a clear winner but which plants is more useful to the humans and animals that inhabit the plant.

When it comes to versatility, both plants can be put to use in a ton of different ways but again hemp is a much more useful plant than cotton.

Paper and many more 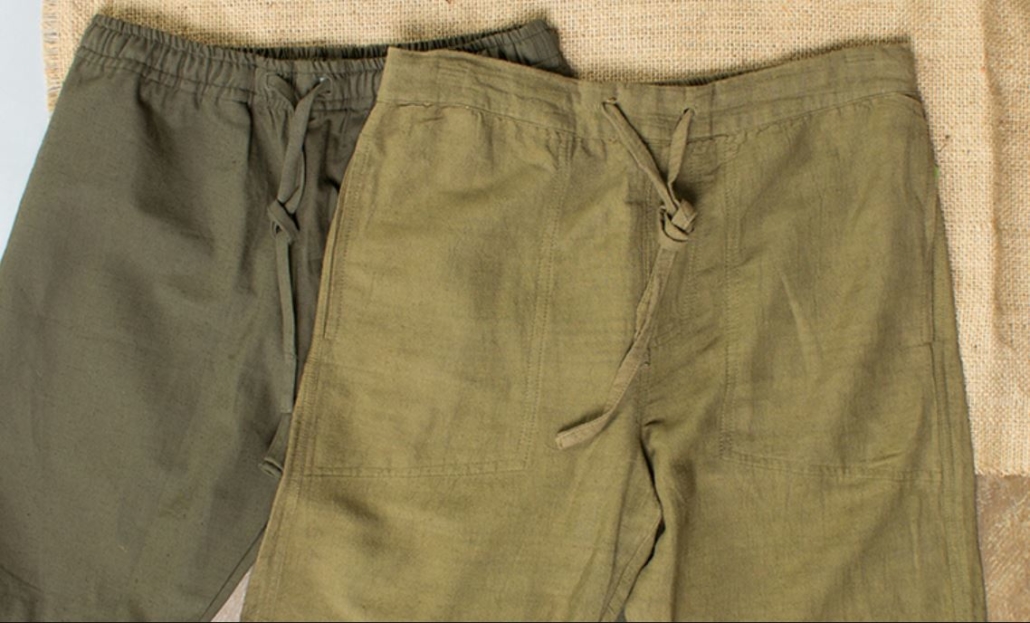 The whole of the hemp plant can be put to use and with its environmentally positive effects, putting it to good use is in the best interests of the planet

Cotton is also quite versatile as a plant and it used in sorts of clothing, bed sheets, army gear, jeans, shirts and almost all retail and home furnishing products. Cotton accounts for a whopping 60% of those markets and it accounts for almost all of the towel and washcloth market. Cotton also has industrial uses including being used heavily in: Book bindings, Medical Supplies and Tarpaulins.

The hull of the cotton plant can also be used as livestock and fish feed or even as a fertiliser. Cotton is quite versatile but Hemp is also the clear winner here. 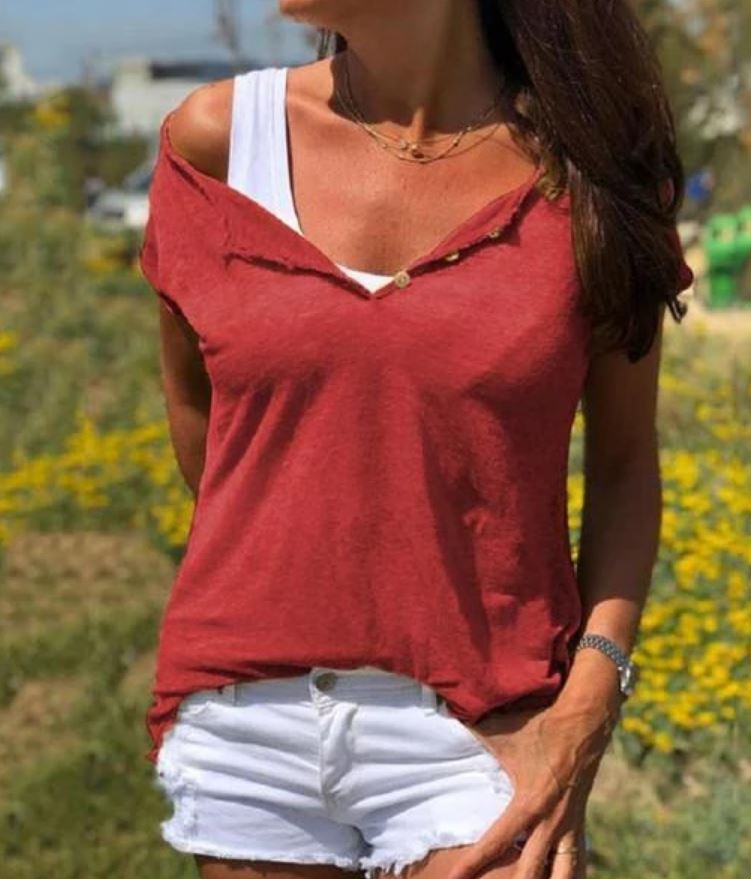 Cotton is the king of clothing, dominating the market. It’s fabric is soft and comfortable on the skin and it gets softer with each wash. When something is made of 100% cotton, it is said to be of very good quality.

Cotton Clothing is also breathable keeping you cool in hot temperatures and it absorbs the odour as well which can be helpful in warm weather.

Hemp clothing with it’s long and soft fibres come close to giving cotton a run for it’s money but cotton does win out when it comes to comfort. Hemp is stronger and more durable lasting long longer and breaking down much less quickly than cotton. It will also hold its colours better over time.

Hemp and cotton are also not mutually exclusive, they blend together very well and if you can get a hemp and cotton shirt, it may be better for the environment and super comfortable and durable.

Cotton clothing tends to stretch over time as it gets softer and the fibres become frayed. Hemp fibres tend to be more durable, stretching less and making them perfect for furniture covers and fixed items where stretching will lead to a shorter life time. 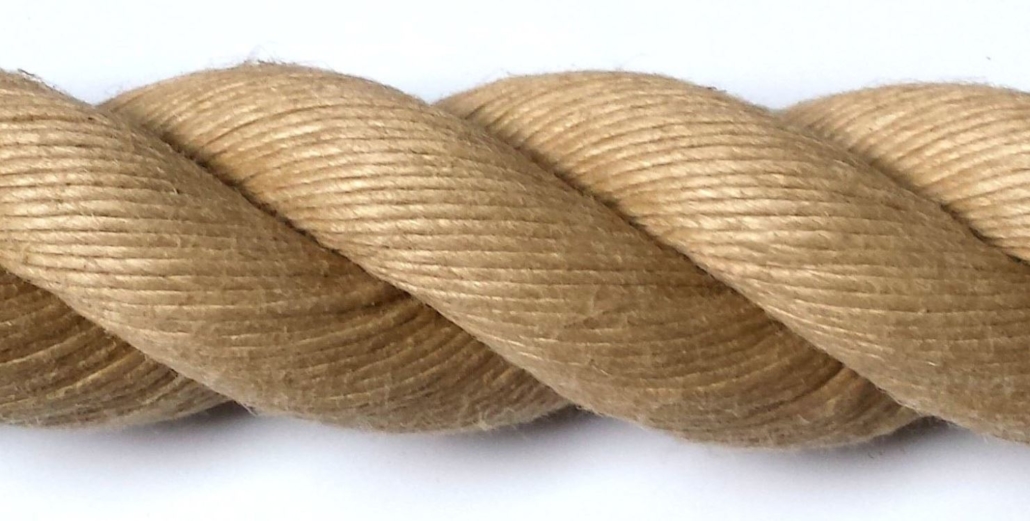 The difference in durability between these two is never more apparent when it comes to rope. Hemp rope has been used extensively in Sailing for it’s durability for thousands of years and in the age of naval dominance, those who used hemp tended to be superior.

Hemp softer fibres break down over time making it unsuitable for use in ropes. This durability also lends itself perfectly to textile and fashion goods that rely on durability like belts, bags, boots and covers of all kinds.

Why Cotton Has Been So Dominant

Cotton has been dominant because it is super comfortable and breathable. Cotton replaced hemp for clothing in ancient China when it was introduced from the west but as the environment becomes more of a concern and the stigma around hemp diminishes, hemp’s close second when it comes to clothing may some become number 1. 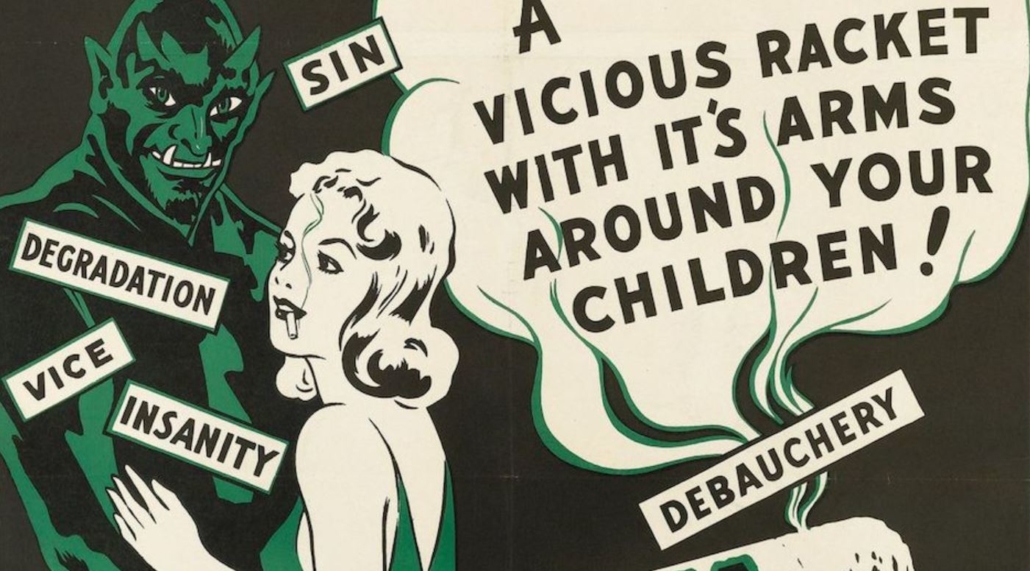 Hemp was crucial to early Americans, they clothed themselves with it, ate it, made paper with it and produced textiles for export.

Not everybody was happy about hemps versatility, strength and durability and what happened next is a great example of media deception and corporate greed.

A triage of powerful corporations and greedy business saw how hemp would compete with paper, fuel and textiles and this didn’t suit Dupont and The Bank Of Mellon who were heavily invested in oil and synthetic fibres. Journalist William Hearst who owned substantial wood land saw the threat to his paper production from hemp and what followed was one of the greatest smear campaigns the world has ever seen against hemp.

These events coincided with the appointment of a new head of the Federal narcotics bureau who was actually married to the head of Mellon banks daughter.

Anslinger new that Opioids wouldn’t be enough to keep his new bureau busy so he need a new enemy. He knew all of his associates wanted to get rid of hemp as competition and Mexican immigrants had brought recreational marijuana use to America.

Anslinger declared marijuana public enemy number 1 and William Hearst was more than happy to promote this yellow journalism propaganda to his readers.

The vilely racist Anslinger claimed that black jazz musicians were using marijuana to get white women to sleep with them. Other claims ranged from marijuana causing violence and that just one puff was enough to make you crazy and perform illicit acts.

Marijuana prohibition passed in 1937 and the hemp industry became a casualty as planned by the corporate actors.

Hemp made a brief resurgence during world war 2 as the US government could not rely on foreign import channels and American farmer grew 2 million tons of hemp for the war efforts. It worked!

Prohibition has destroyed the hemp industry but the recent resurgence is sure to last well into the future. 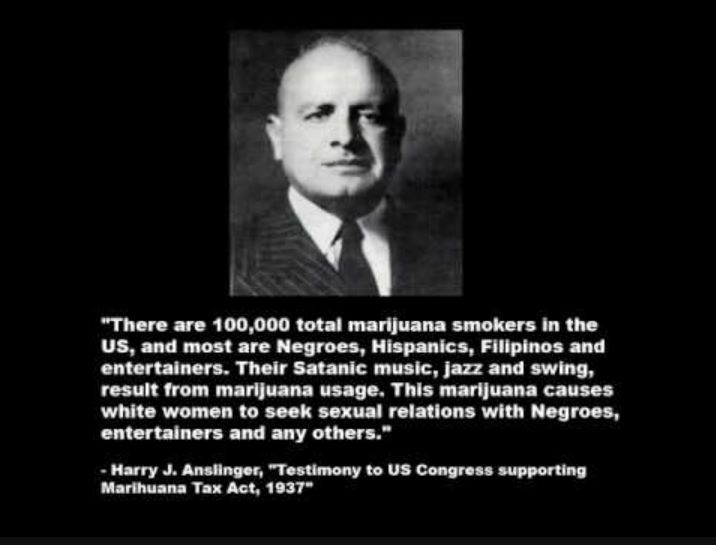 Hemp and Cotton are both useful and versatile plants. Hemp is far better for the environment and it has more varied uses. Cotton clothing is soft and comfortable but it is water, pesticide and fertiliser heavy, polluting the planet.

Hemp and cotton are not mutually exclusive and can be used together to produce great clothing. With prohibition over hemp looks set to erode cottons clothing and textile dominance over the next decade and we look forward to reporting on all the advancements within the industry,

Hemp Sustainability Facts & Benefits That Can Save Our Planet In 2020

CbdMD vs CBDfx – Which One Should I Buy?
Scroll to top